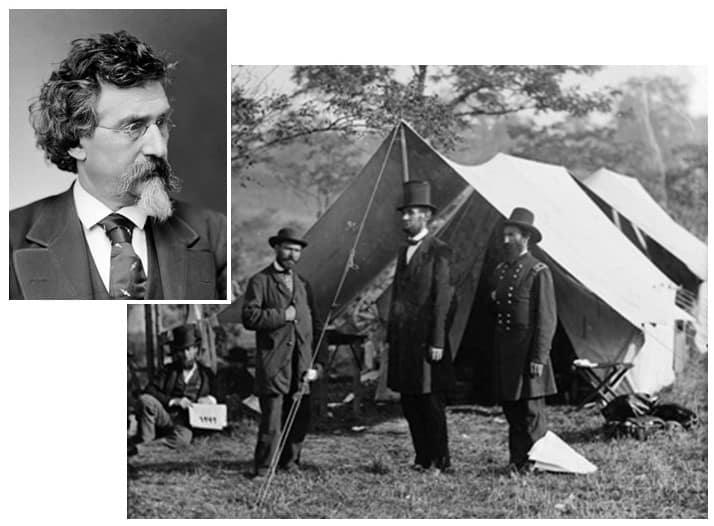 Green Mountain Academy for Lifelong Learning (GMALL) is happy to welcome back Christopher Dant to talk about Civil War photographer Matthew Brady. On a sweltering morning in July 1861, with approval from President Lincoln and battle commanders, portrait photographer Mathew Brady, laden with heavy horse-drawn wagons set out into the depths of Union and Confederate armies violently clashing in the First Battle of Bull Run near his home in Manassas, Virginia. What began as his imagination to capture the first images of a local light engagement grew into dangerous years of a growing war with dozens of other photographers competing for their own fame. This presentation will show us the man that has been rightly called the father of photojournalism and his photographs. We’ll learn about his prominent rise and fall into obscurity from a war that broke him and through it, a look at the impossible task of photographing the American Civil War using newly-invented and cumbersome photographic methods that were literally being invented. No other photographer has had so great an impact on his profession—or the nation. Registration for the talk is $15 per person in advance. For more information or to register, please call 802-867-0111 or visit our website at greenmtnacademy.org.