The Presence of Pheasants at Dorset Field Club 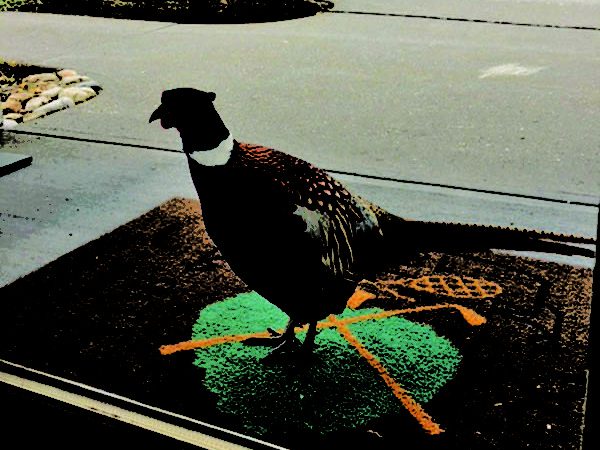 Anyone who has found himself (or herself) at the north end of DFC on holes 3 through 6 may have witnessed an unusual sight (for Vermont anyway)–ring-necked pheasants running along the edges of the fairways. It’s hard to miss them with their vivid colors and distinctive white collars.

The birds occasionally wander onto the golf course from Woodbury Game Birds, which is owned by Eben Proft, son of DFC member Matt Proft. His game bird operation is part of the 3 Farms property located just north of DFC along Rte 30, and owned by DFC members Michael and Michelle Flett.

Eben started Woodbury Game Birds in 2012 and has built his operation into a very successful and highly regarded pheasant farm. He raises pheasants for both the sporting and culinary markets although he is focusing more and more on the growing demand from high-end restaurateurs who love the quality and flavor of the birds. Woodbury’s pheasants are raised in ideal conditions with very low stocking density and abundant cover crops to feed on.

Contented as the roughly 4,000 birds may be with their living conditions, some of them bust out and go on a bit of a walkabout on the adjacent DFC grounds. Many of these birds eventually work their way back to join their comrades in the farm’s flight pens, but some end up remaining in the wild, which pleases Eben. “Having spent several years apprenticing and studying game bird production in Australia, New Zealand and England where these birds are abundant and uncontained, the idea of some of our birds taking to the wild brings back fond and vivid memories,” he says.

The birds are a sight to behold as they scamper along DFC’s rolling fairways and grounds enjoying their newfound freedom while taking a break from the brood. There will soon be a decision to make and Eben Proft will be happy either way.