The Howe Farm – An Old Home with a New Life 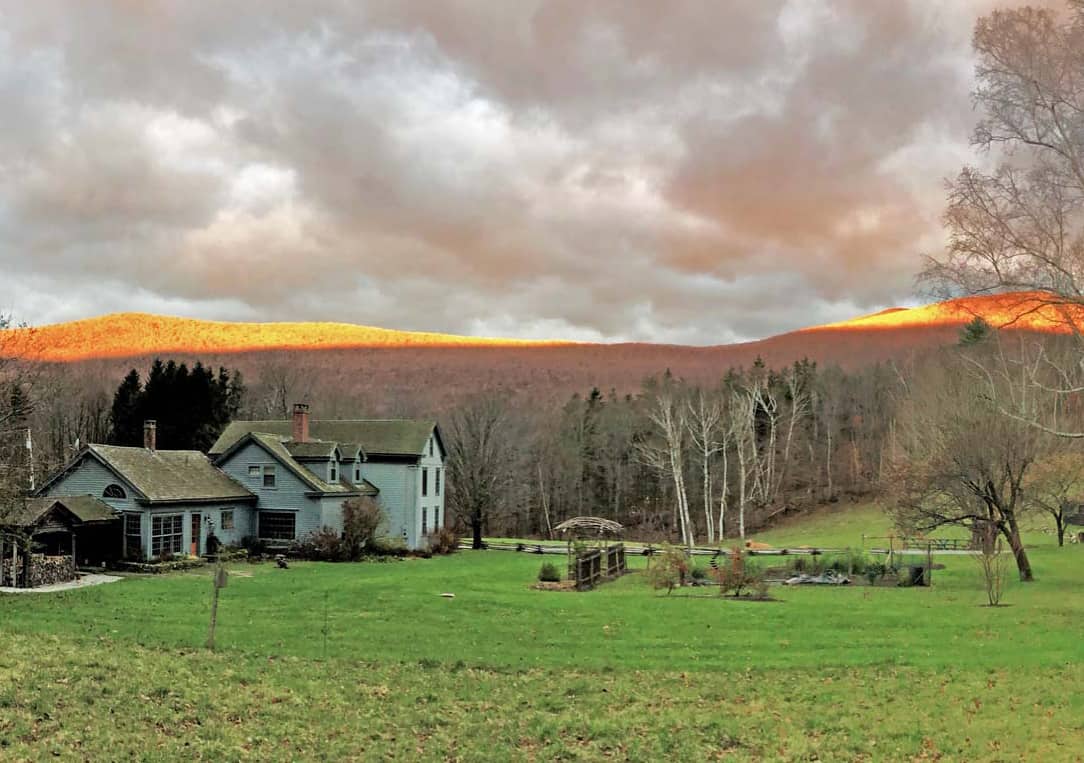 Some older homes are dynamic archives to generations of one family. Others have more mysterious stories to tell; they’ve seen inhabitants come and go. One East Dorset couple on Mad Tom Road has encountered a few clues about the history of their circa 1800 homestead. But while they may not be able to chronicle a complete narrative of its past, they have chosen to honor its heritage.

When the seven-acre property belonging to Jim Russell and Nancy Howe was purchased 36 years ago, it had been part of a 500-acre parcel of woodland stretching from Mount Tabor to Emerald Lake. The pastures were overgrown, the outbuildings in disrepair and the house outdated, but that didn’t deter them. 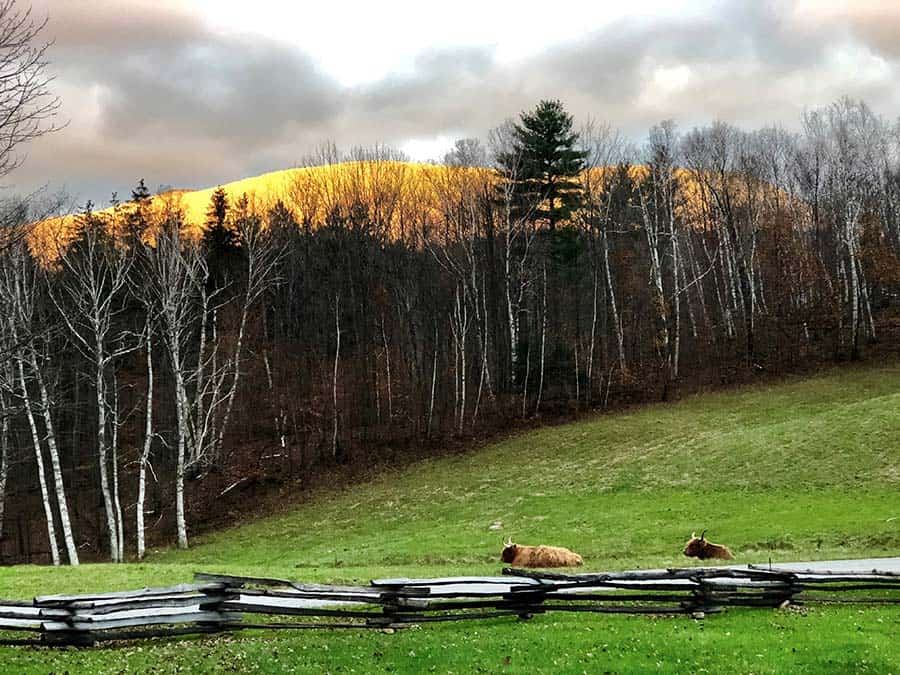 They first cleared pasture to raise sheep, echoing the farm’s early history, and have since made many improvements, always with a nod to the past. Updated mechanical systems, solar power, new siding and windows made the house energy-efficient. A new kitchen addition seamlessly blends into the older structure; a garage and art studio were built on the footprint of the original carriage barn. Colonial zigzag fencing was crafted by Russell, who hand-split the rails from ash trees.

While traces of the past remain—stone walls and foundations, horseshoes, the apple trees that dot the surrounding woodland—little is known of its provenance, short of what can be deduced from local history. It is located in an area once known as Tabor’s Leg, so called in the 1790s because Caleb Buffum insisted his sheep farm remain in Mount Tabor when the question arose. (It became part of East Dorset sometime later.) Russell thinks his home may very well have been Buffum’s farm; no other structures exist nearby of comparable vintage. From 1878 to 1908, the property was a town farm, the Victorian solution to poverty and homelessness. A memoir written by a daughter of Merrill Steere, whose family lived there between the 1920s and ‘50s, tells of carting vegetables to the North Dorset rail station for trade in Manchester. Little is known of the years in between. In the ‘60s, the property was the home of Harold Boswell and his wife Petie, namesake of the Boswell Botany Trail at the Southern Vermont Arts Center in Manchester. An avid gardener, many of the perennial plantings on the property today may be the result of her green thumb. 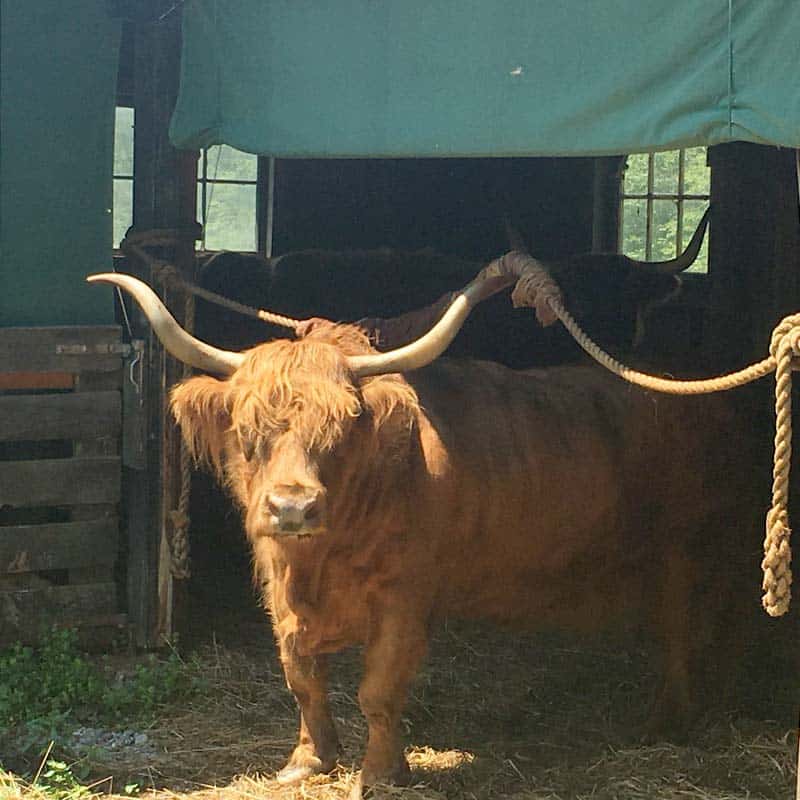 Howe Farm raised sheep for 25 years before two Scottish Highland cows with long horns and shaggy coats showed up one day—gifts from a friend who thought they looked like they belonged on there. Now, two Norwegian Fjord horses—one of the world’s oldest horse breeds—have taken up residence.

Russell says the farm has always felt like his ancestral home; it has given him a primal firsthand experience—as well as a stronger connection to his own ancestors who settled in Shrewsbury in 1798. He adds he feels privileged to share in the property’s stewardship. “There’s a very satisfying and sustaining quality of a life grounded by working [this] farm, even though [it] may not be producing in the commercial sense of the word,” he says. “What [it does] produce is a connection to the land and an opportunity for those who work this dirt to be curious observers … of the natural world from within the process.”

One who travels this seemingly remote stretch of Mad Tom Road may wonder if they’ve gone back in time when they see this venerable homestead. But what would its first residents think if they could see it now, two centuries later? Would they recognize it, with the changes it has undergone? Would they feel proud to be part of its legacy? We can never know. But the loving efforts of Jim Russell and Nancy Howe will allow it to stand for another 200 years, to tell its stories—and keep its secrets—for future generations.