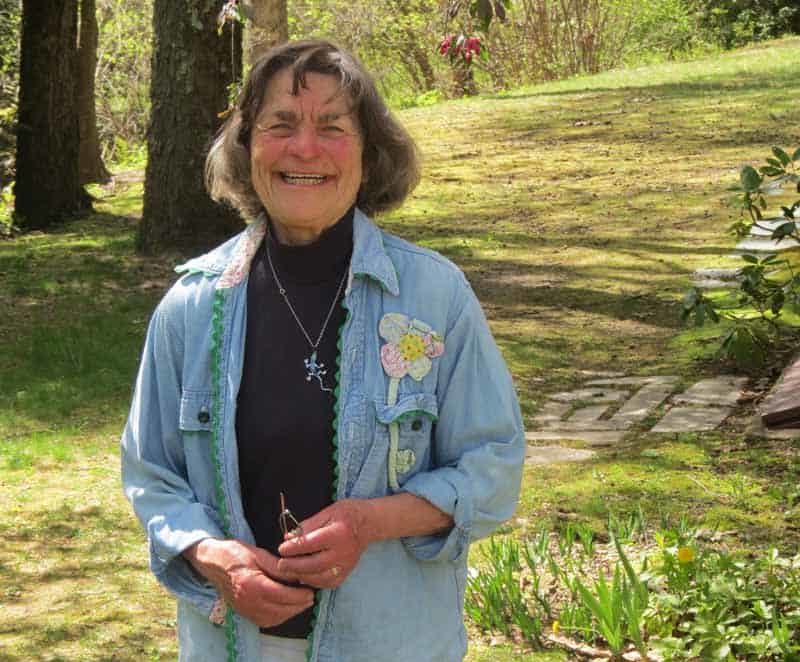 The Honorable Ellen Holmes Maloney’s engaging manner and warm smile are refreshingly different from the stereotypical view of a courtroom judge as someone who is stern and unsympathetic. In fact, this 80-year-old Dorset resident has always been driven by a sense of justice, especially for those who suffer inequality. She recalls having a keen awareness while growing up on Long Island of the disparity between those who have – and those who have not.

When Ellen came to Vermont as a widow with two young children after the death of her clergyman husband, she’d already earned a Master’s Degree in Education and History, taught in the New York City school system, and founded the Bronx River School, where she was also executive director. She had very little money; when she applied for a mortgage to buy her own home, she was turned down because she was an unmarried woman.

“At the time,” she says, “I didn’t really think too much about that. That’s just the way it was back in 1972.” She was eventually able to scrape together enough to buy what was then known as the local haunted house. “The septic had collapsed, the plumbing was bad, and there were saplings growing through the roof in places,” she relates. But it was hers. She signed up for a building class to learn how to do things, and with the help of her kids, they made it a home. Ellen supported the family by doing odd jobs – small repairs, gardening, picking apples. She was also a substitute teacher on occasion at the Dorset School, where she remembers being the first female to wear a pantsuit instead of a skirt. 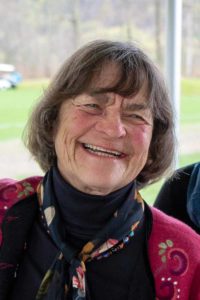 In 1975, she looked into law school, but there were no provisions for childcare. But she discovered that she could undertake a clerkship which meant studying under the tutelage of a lawyer. She says she was lucky enough to do so under the sponsorship of the Vermont Superior Court. It gave her the flexibility she needed as a mother, and she enjoyed learning about the profession and assisting the judges with research and writing – and fetching the occasional cup of coffee.

Over the ensuing fourteen years, Ellen went on teach Family Law as adjunct professor at Vermont Law School, conduct her own legal practice and serve two and a half elected, four-year terms as Probate Judge before she was appointed to the Bennington Superior Court in 1989 by Governor Madeleine Kunin. It was a move that she was eminently qualified for – but she wasn’t quite prepared for the challenges she’d encounter as the Court’s first female judge. “It had been a very male culture,” she says. She already knew a great many of her colleagues from her time as a clerk, and she recalls joking about who would bring her the coffee. “We were all pioneering back then,” she added. “It’s become a very different institution now.”

As Superior Court judge, Maloney oversaw a revolving roster of family, civil and criminal cases in Brattleboro, Bennington, Rutland and Woodstock, for anywhere from six to eighteen months at a time. (The structure has since changed.) Her trailblazing ideas led to the launch of the Vermont Family Court system. She chaired the Advisory Committee that wrote the Rules of Probate Procedure. She served as president of the Vermont Bar Association, was a member of the Governor’s Commission on Women and of the National Association of Women Judges. And that’s not all, as the saying goes.

Now officially retired, Maloney’s common sense, determination and principles still preside when it comes to social and environmental issues. It’s been a natural transition, she explains. “Now I can work on things from a preventive angle by working with at-risk families and folks to keep them out of court.” She strongly believes there is a connection with natural ecology. “Serious environmental problems cause more social disfunction,” she adds. “We all need to foster responsibility for each other and for what’s around us.”

Ellen was nominated and received an award by the Agency of Human Services in 2007 for her work with vulnerable populations in Bennington County through her involvement with the Northshire Human Services Council and the Interfaith Council. She was responsible for writing the initial Faith in Action grant that became Neighbor to Neighbor, a program that allows elderly and disabled people to live independently, and helped start a summer lunch program for low-income children, now in its 13th year. One of the Interfaith Council’s most ambitious undertakings – the collection and storage of donated household goods to be available to those who have a sudden need to relocate due to domestic trauma – was Ellen’s brainstorm.

You’d think that being involved with so much civic activity would leave little time for anything else. But Ellen met, and then in 1981 married, John Ezelle. As homesteaders in East Dorset, they grew and preserved their own vegetables, hunted game, and harvested, transported and split eight cords of wood each heating season for 30 years, at a time when her career as an advocate and legal counsel continued to accelerate. She even took up the cause of preserving two open parcels of land in East Dorset as a wildlife corridor to the Green Mountain National Forest by initiating a fund drive.

Maloney considers their recent move to just outside Dorset Village a positive change – and a convenient one, as so much of her current pursuits revolve around environmental initiatives. She’s saving gas now that she doesn’t have to drive over the mountain. She chairs the Dorset Energy Committee, which acquired grants that allowed Dorset’s town offices, firehouses and library to become fully weatherized. She led the Dorset Church Green Team in its efforts to compost and recycle its waste, install solar power and heat pumps for energy efficiency, and arranged monthly van trips to Bennington so older church members can do their shopping together; a “win/win,” she calls it, for assisting elders and saving fuel. And she’s at the forefront of Dorset Tomorrow, part of Vermont’s Climate Economy Model Communities Program, which is working with community members, the Vermont Council on Rural Development and Efficiency Vermont to address economic development, transportation and agriculture to deal with the issue of climate change.

Still, she is reluctant to take so much credit. She applauds the Interfaith Council as “a medium in which all these good things grew, thanks to the input and goodwill from all the congregations in the area. This community is very distinct,” Ellen says. “There are so many very talented, bright, caring people, retired or no longer fully engaged in their working lives, who volunteer to make Dorset a good place to be. It’s not that way in other places.” Surely, many are inspired by her own humble example; how lucky for Dorset that they are here.