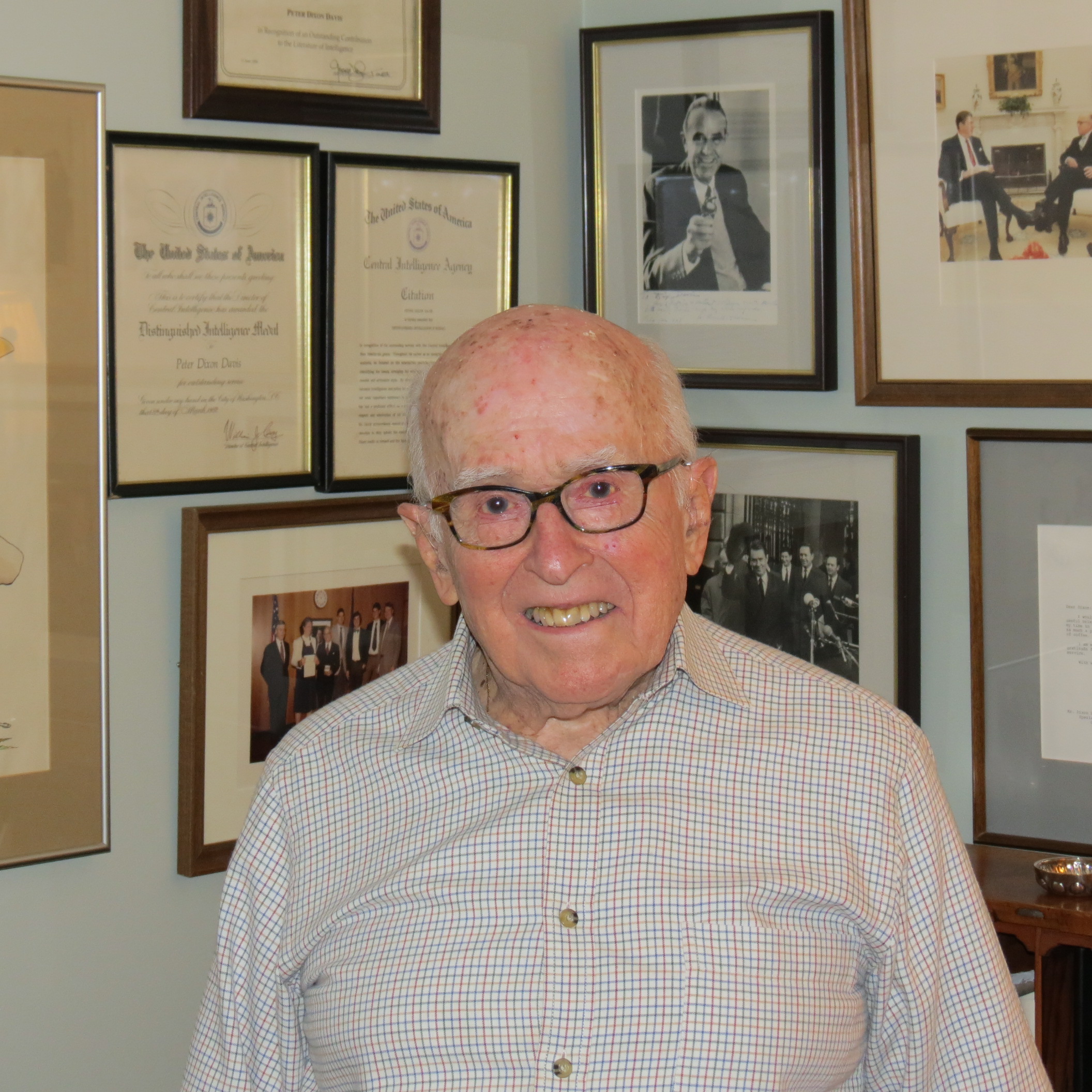 “I’ve lived a long life in three wildly different chapters,” says 95-year-old Peter Davis as he describes his pilgrimage from child actor in 1930s and 40s Hollywood working with such luminaries as Shirley Temple and Jack Benny, to a 33-year career with the US government working under nine presidents, to becoming deeply involved with conservation efforts in the Dorset area.

Davis was born in a Beverly Hills that few would recognize today. He recalls a pleasant village where he rode his bike to the library in search of books and periodicals on the world. “I especially loved the maps in National Geographic,” he says. He fell into acting by accident at age 7. He was helping his older brother hawk magazines on Wilshire Boulevard in 1934 when he was ‘discovered,’ and spent the next 15 years acting in film and on radio.

He continued to perform in radio while attending college at the University of Southern California. When he graduated in 1949 with a BA in Foreign Service, “I had to walk out on the programs,” he says. “It was a difficult decision to leave behind such interesting and enjoyable work.” But, he says, a few weeks later, he was “beyond thrilled” to be flying to London, where his adventure began with a six-month, 15,000-mile road tour of Europe in a two-seater MG-TC roadster. Davis spent the latter half of the year in Asia, exploring as many exotic locales as he could. “Coming to know the different lands and people was quite an education,” he reflects.

Afterward, he landed his first position in foreign service as an Assistant Press Officer for the State Department in Pakistan during President Truman’s Campaign of Truth. It was while on home leave three years later that Davis decided to pursue a graduate degree in Political Science at UC Berkeley in a new program on South Asia studies. He was doing research as an academic assistant when a former colleague in Pakistan, now a member of the CIA, contacted him. Its Office of Current Intelligence (OCI), which produced daily foreign intelligence digests for the Eisenhower White House, was looking for an analyst to cover India and Pakistan. “It sounded fascinating,” says Davis. After he finished working on his MA at Berkeley, he signed up, received clearance, and moved to Washington DC.

Although DC was home base for the next 30 years, Davis often traveled overseas for the OCI. Among the most memorable tours, he says, were in Singapore in the mid-60s during a time of political and social unrest; and in Paris for the 1968/69 Vietnamese Peace Talks, when delegates from the US and North Vietnam first met face-to-face. Several years and a few promotions later, he became OCI’s acting director, and was responsible for reviewing and analyzing foreign intelligence gathered from across the globe to produce the President’s Daily Briefing—and following the 1980 election, personally present it to President Ronald Reagan and Vice President George Bush.

Meanwhile, Peter got to know his future wife, June Dunn Calfee, through church gatherings. She owned property in Dorset, where she and her four children spent their summers, enchanted by the woods, streams and fields of the area. Their time there sparked a lasting interest in conserving its wild places and agricultural heritage. “I was more than happy to join them in this ongoing work from the get-go, even during the 12 years when we were splitting our time between here and Washington,” he says.

That involvement included working on forest management with his stepson, forester Alan Calfee and supporting projects led by the Bennington County Conservation District. Peter, Alan and June also purchased one of the last dairy farms in the area not under conservation easement, and sold its development rights to the Vermont Land Trust. The family spent the next several years renovating the property’s dilapidated 1870 barn, doing much of the work themselves. Now a sought-after wedding venue, the Old Gray Barn overlooks a pristine Mettowee Valley. These days, Peter leaves its management to Alan. He misses June, who passed away in 2018, but continues to lead a full life. “I’ve always been an explorer and learner, and guess I still am,” he says. His voyages over the last 12 years have taken him to Antarctica, the high Arctic, the Outer Hebrides, and other wild places that few people get to experience—at any age!