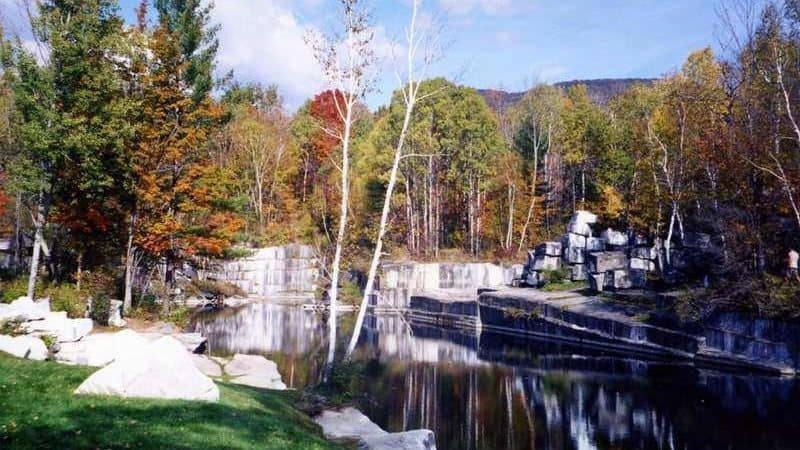 While it’s always cooler in Vermont’s mountains, summer days in the valley can sizzle. On these hot days, which often begin in late-May, you can join the dozens of families and groups of friends of all ages at the one of the best swimming holes in the state – the Dorset Quarry.

What was once one of the region’s best kept secrets, the massive 60-foot-deep swimming hole has transformed into a destination. Take a quick glance around the parking lot and you’ll see that people come from across the country to take a dip in the quarry. You can thank YouTube for that – or USA Today for naming it a top 12 best swimming hole. 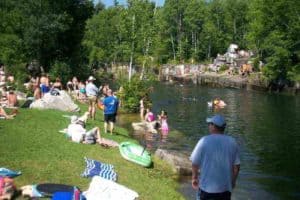 Pictures simply don’t to the quarry justice. At 120 yards long and more than 30 yards across, its magnitude is breathtaking, to say the least. Its water is an indescribable shade of blue-green that turns midnight black in depth; it’s something you have to see for yourself.

Large slabs of marble lining the edges are majestic. Sun bathers lounge and floaters float, despite the quarry’s water reaching just 50 degrees or so in the summer.

Many assume that the quarry is overseen by the State or is part of the National Forest. The reality is privately owned and operated. Dick and Kirsten McDonough purchased the quarry and the home next door back in 1997. The space was overgrown, unsafe, and unkempt. They have made hundreds of thousands of dollars in improvements over the years for both safety and overall experience, clearing paths, expanding parking, and creating a grassy picnic area for families to enjoy. Why do they do it? They just want locals and visitors alike to be able to enjoy the well-loved community resource.

It’s so beautiful; it would be a shame not to share it with others. 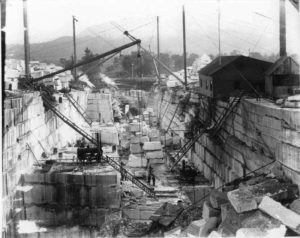 The quarry itself has a long and storied history. First mined in 1785, it is the country’s oldest commercial quarry. Known as the Norcross-West Quarry, it took centuries to carve out the rock walls and supplied marble for the New York Public Library, Montreal Museum of Fine Arts, and Brown University’s Library – just to name a few. By the start of World War I, there was a sharp decrease in demand for marble, forcing the quarry to close operations.

The quarry sat abandoned and by the 1920s, it was filled with water, being fed by a mountain stream and a natural spring. For this reason, the water remains cold, but also pristine.

Early in the morning and later in the evening, the quarry is quiet and peaceful. It really has a natural beauty, bringing simple joy and pleasure, regardless of the season or the time of year. The scaled, flat walls are a silent reminder that the quarry was a man-made relic that nature has reclaimed.

So, go see it for yourself.

Find a spot. Lay down your towel. Unpack your picnic (that you may or may not have picked up just down the road at the Dorset Union Store or Rumney’s Deli at H.N. Williams).

It doesn’t get much better than this.